A week-long AcrossRCA project led by Xinglin Sun and Chao Chen. AcossRCA is week-long, college wide programme which encourages cross-disciplinary collaboration between students from different backgrounds and interests on a series of unique briefs. On Friday 31st, 2015, Halloween, eighteen students from six different schools and eleven courses exhibited their outcomes from the project in Hockney Gallery, Royal College of Art. 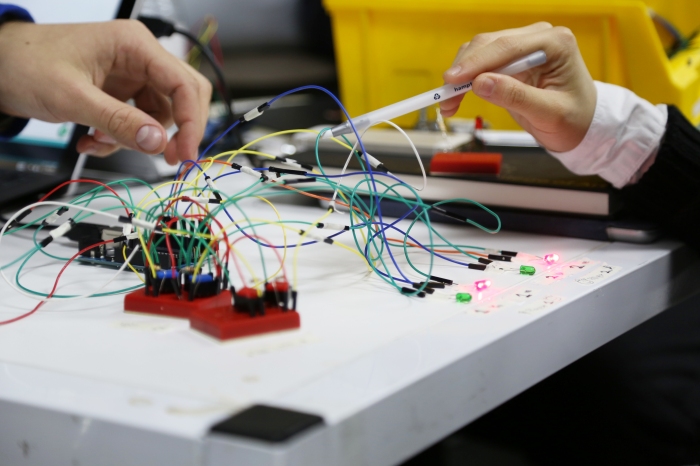 Initially inspired by tragic death of the ‘sensor expert’ in the 1997 movie The Cube, the context of ‘death trap’ was used to encourage designers from multiple-disciplines to question the current usage of sensors in interaction design, whether they are used in a proper way and why do we use them to engage certain interactions? 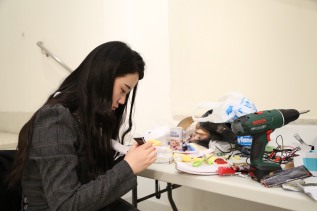 The team created a electrocute game played between two friends. A hand of each player was tied to a stand and there was a electric shock component underneath their wrists.  The player could move their fingers to press either the green or red buttons on the stand which indicating their choices to electrocute themselves or their friends. The logic to survive would be explained to the players before they made the choice.

However, as there was a dexter sitting between them, they would not know the other’s choice. The player’s choices would be fed back to the control desk where the dexter decided which player should be electrocuted according to the logic. 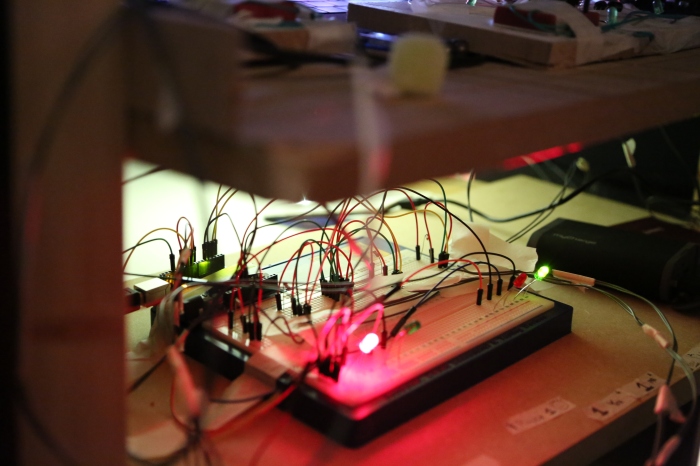 The game raised a lot of discussions and it was definitely an once-in-the-lifetime experience that people queued to get electrocuted!

Study of the Head of John the Baptist on a Charger

Inspired by the Robert Wilson’s video portraits of Lady Gaga at the Musée du Louvre, the team installed an interactive art intervention in the gallery featuring the image from Study of the Head of John the Baptist on a Charger by Oscar Gustav Rejlander at 1885. 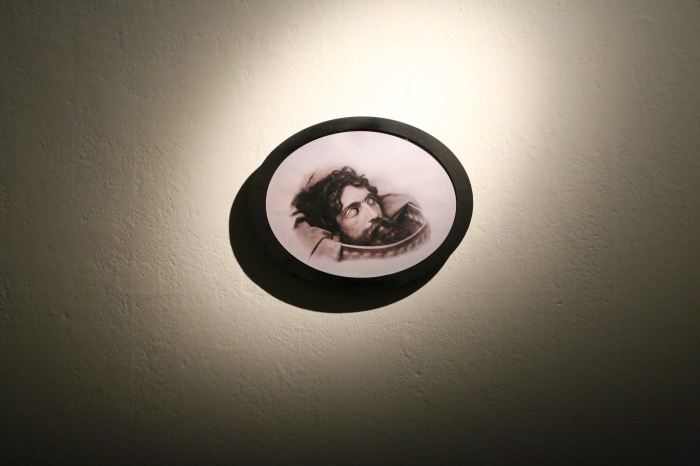 When the visitors tried to approach the painting to admire it, the eyes of the beheaded  St. John would open, which created a classic effect of horror using proximity sensor. 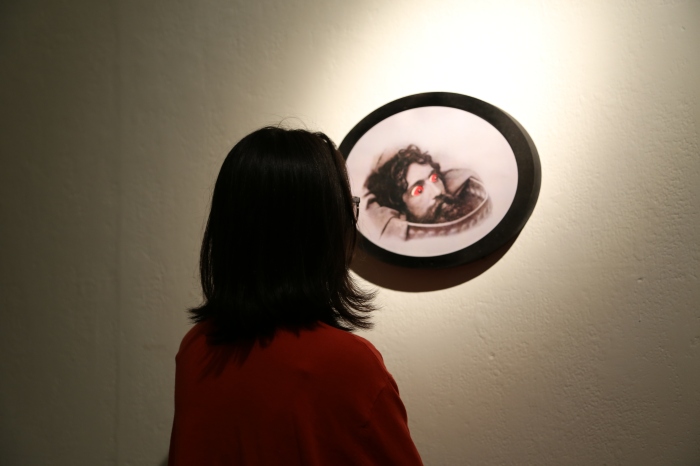 The installation comprised a box on a plinth where the visitors can put their head in and a projector which would start projecting when it sensed the presence of a visitor. The installation trapped the visitors’ body in a small space to strengthen the feeling of horror. 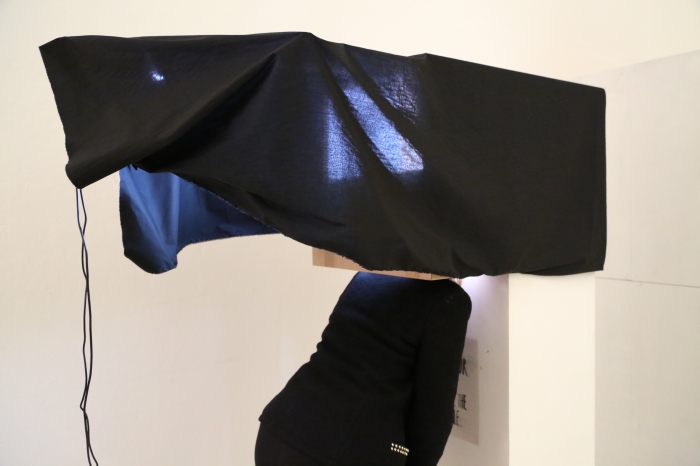 All kinds of insects like cockroaches, ant and worms were projected to the interior of the box which was covered by reflective surface, reproducing the image of horror infinite.

The team built a telephone-booth like space with three telephones ringing all the time. Different sounds were played in different earpieces and only one of them was playing the authentic telephone ringtone. However if the visitor chose the wrong telephone, they might end up having an bloody ear!

The team took their initial theme the Halloween centric idea of trick or treat by trapping the visitors in a space where they would have to decide between a binary choice. The choices were presented in a threatening black box with hand holes. 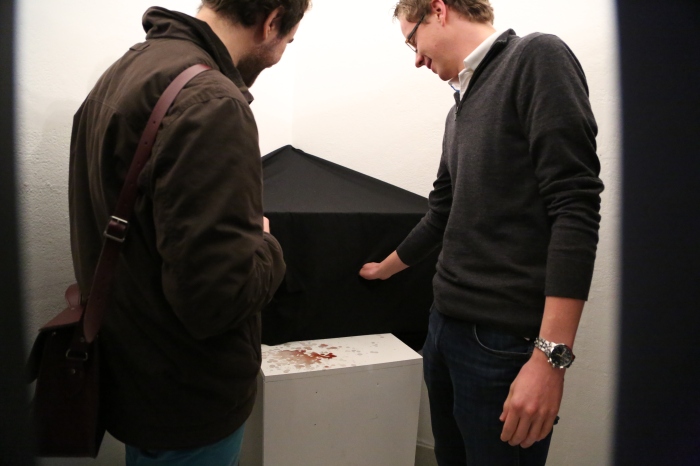 In one choice, a DC motor driven pump squirted ‘blood’ through piping onto unsuspecting hands, triggered via an IR sensor positioned with the beam across the middle of the hole. The other one featured a creepy hand to grab the visitors as they put their hand through another IR beam. However, grabbing is a very complex action, so the team improvised and settled on a reasonably unsettling swat of a claw (made of rubber piping!). A simple rotary mechanism was built driven by a DC motor (trying to utilise a stepper motor proved complex and destructive!).

The team occupied a corner of the gallery with black panels which provided a sufficiently unsettling environment for the sensor traps. The reactions (lots of creams!) got from people made the sustained week of effort totally worthwhile.